The main aim of every human being is to search for a Sadguru. However, there is only one way of searching for a Sadguru and it is very well explained in "Sri Gurucharitra". The Guru, comes to the seeker, in some form, when the time is right. Till then, the seeker has to read scriptures, visit Mahatmas and read their biographies to understand how to live like them, and prepare himself.

It is easy to read scriptures, but very difficult to know about Mahatmas, as one can not identity by themselves who is a Mahatma. One of the best things that happened to Andhra Pradesh, is Sri Ekkirala Bharadwaja. He gave the world wealth of information on Mahatmas and wrote biographies on few, which are very famous for giving in-depth information about them. One such person, whom he himself visited, was Mala Pichhmma, as she is called. 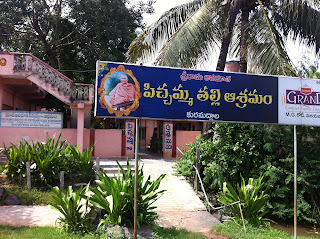 Avadhuta Pichhmma was born in the year 1870, in a place called Kurumaddali, which is located in Gudivada district of Andhra Pradesh, around 30-40 kms from Vijayawada. From a young age, she was known to be a great soul through her acts. While not much of literature is found in the form of books or biographies, as she is known to say, "keep my memories in the mind and not on the paper", probably, not many turned up. However, when you talk to people, or read whatever little is available on her, one understands the greatness of this soul.

Amma is used do penance for many hours and when in samadhi, many serpents used to twine her body like garlands. People used to be surprised at her state and used to get scared. She transcended to a different level through her penance and she used to tell her close associates that atma merged in to paramatma. She used to roam around with a piece of cloth around her shunning proper clothing, indicating that all those are for those who are living in this materialistic world. The most surprising part is, when she roamed around freely in the rain, neither her small piece of cloth or the place in which she sat never got wet. She never used to get wet even in heavy rains.

Many used to throng to her presence for boons or with difficulties. Whenever she saw someone immediately after she came out of samadhi, that person used to get benefited even without asking. She made people work for society, by digging wells or any such things, when they came to offer something in return in gratitude. She advised people to freely donate to poor, pray to God to get rid of their karmas.

She liked hibiscus flowers, for the 5 petals of hibiscus represented five elements as per her. She travelled to many places across India.She went to Sri Ramakrishna matt in Belur, and praised Paramahamsa saying He merged in to Devi. She went to Bhagavan Ramana Maharshi ashram in Tiruvannamalai and sat on His asanam or seat. When Bhagavan came, He sat next to her and they spoke to each other.

She hated materialistic things and shunned any such gifts given to her. When women visited her with costly ornaments, She used to say that they have many ugly things on them. She meant about the desires like wearing ornaments or liking any materialistic things as ugly. She used to warn people not sit straight ahead of her, as they can not withstand the power Her penance coming out of her eyes.She was all compassionate and loved all beings.

Sri Sai Master asked many to go and pay obeisance to Her. Once He also went and met Her at Her ashram.

It is really impossible to know who is an avadhuta or who is a Mahatma, but when we get to know through people like Sri Sai Master or Sri Sai Baba, we must make it a point to go and visit as many as we can and seek blessings for our journey on search for a Sadguru. Their blessings will help strengthen our resolve and make our path of finding a Sadguru much more clearer.

(source for the information - a book written by Sri Paripurna Kameswara Rao, and published by Kosaraju Telagaiah. Information on this book may be obtained from Ashram)
Posted by sasidhar at 5:21 PM 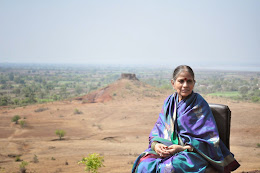